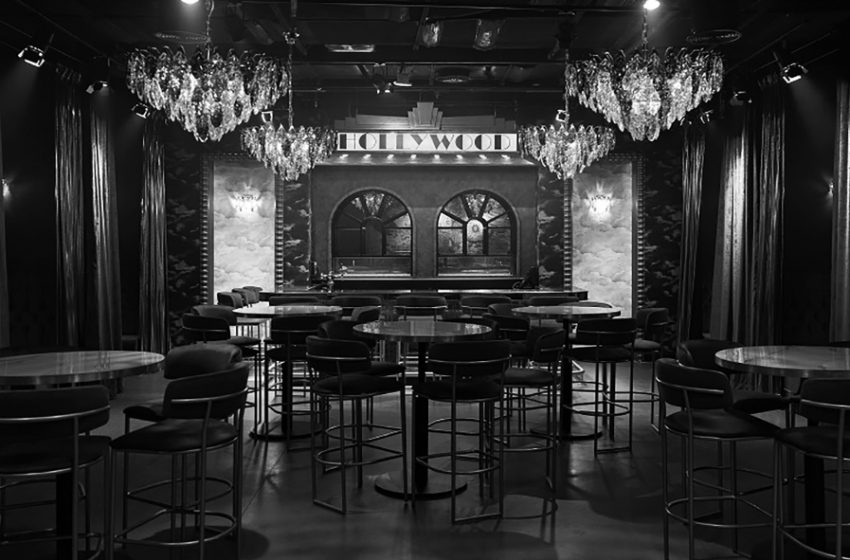 Dubai, UAE (May 9 2022): A favourite feature on the Dubai Comedy Festival calendar, Comedy Bizarre is the Festival’s intimate and authentic comedy club!

Bla Bla Dubai will be serving a menu that reflects the diverse humour on the stage with a plethora of flavours on the plate. The curated menu will touch on different gastro palettes, offering dishes from cuisines around the world. In addition to the diverse acts, Comedy Bizarre will bring you dinner and a show!

Produced by BRAG, Live Nation, and DXB Live and presented by Dubai Calendar – part of Dubai’s Department of Economy and Tourism – much of the Dubai Comedy Festival takes place in large-scale venues. The intimate setting of Bla Bla Dubai serves up the cosy atmosphere of a comedy club with just the right amount of Dubai glitz.

FREE ENTRY for those who register at bookmyshow.com

Don’t miss The Early Shows at Comedy Bizarre, from the 14th to the 20th of May! The diverse shows will feature some of UAE’s favorite stand-up comedians. The program will include a variety of shows!

Enjoy free entry to the opening acts that have been brought from all corners of the globe to get audiences giggling. All you have to do is pre-register on Book My Show.

*The Early Shows are powered by Book My Show.

The early show of Comedy Jam will showcase some of the UAE’s greatest home-grown talent. Uproariously funny favourites from the region, including Abz Ali, Amr Elassal, Liz Bains, Maher Barwany, and Miqdaad Dohadwala, and will be hosted by Tabarak “Tbone” Razvi.

With an all-female line-up, the SHE-larious Show features some of the region’s funniest females. This girl-powered giggle-fest is loaded with talent, including Saaniya Abbas, Sameera Khan, Bronwyn Byrnes, Eman Khalouf, and Imah Dumagay, and will be hosted by Rebecca How.

Notes & Roast is a fusion of fun, with a musical comedy set featuring Rushdi Rafeek and Bashir Wahid, and a battle of the best, in a roast between Joshua Dias, Amit Dhawan, Folly Olubiyi, Anand Raman, Nikhil Wadha, and Jai Kumar to be hosted by Emirati comedian Abz Ali and Tai Comedybawse.

Beat the Gong serves up a challenge for up-and-coming talent. Hosted by Miqdaad Dohadwala, 12 competing comedians will attempt to beat the dreaded gong, serving up their best jokes and wittiest puns as they try to win over the audience – and secure a F&B voucher valued at AED300.

Kicking off with improv comedy from Adithya Thomas, Vernon Rodrigues, Abdullah Khan, Ahmed Khalid, Mix It Up will delight with an anything-can-happen approach. The double-act closes with stand-up sets from some of the funniest acts in town, including Tai Comedybawse, Joshua Dias, and Varun Bhatia, hosted by John Hague.

Magical Laughter will kick off the 19th with Magic Comedy by Adam Geddes, followed by stand-up sets from the hilarious Rayan Karaki, Nitesh Chaturvedi, and Folly Olubiyi.

Hosted by Ali Al Sayed, Cipha Sounds, and Wil Sylvince, The Late Show will serve up a revolving cast of comedians, giving audiences a laugh a minute at Bla Bla Dubai every night. On the roar-worthy rotation are the following acts:

Tehran: Half Black, half Persian, and half amazing; Tehran “SoParvaz” is one of the most dynamic entertainer newcomers today. From hosting to performing at sold-out comedy shows to rock concerts, his energy, excitement, and unique sense of humor have made him a formidable comedian and entertainer in his own right.

Zainab Johnson: Zainab Johnson, a stand-up comedian, actress, and writer is one of the most unique and engaging performers on stage and screen. Zainab’s comedy is based on her unique point-of-view, which was shaped growing up in Harlem as one of thirteen siblings in a Muslim family. After getting a degree in Math and taking a job as a teacher, she quickly learned that she had a different calling…

Abdallah Jasim: Chemical engineer by day, funny guy by night, Abdallah Jasim found his footing in the comedy scene after posting a video about how Arabs catch mice went viral. Hilarious on Instagram, he’s taken his funny bone to the stage around the world, cracking jokes to break through cultural divides.

AHMED AHMED: Egyptian-American actor, comedian, producer, and director Ahmed Ahmed is one of the most diverse, multi-faceted talents in the entertainment industry today. Born in Helwan, Egypt and raised in Riverside, California Ahmed immigrated to the US when he was one month old with his family. When he was 19 years old he made the move to Los Angeles to pursue a career in the entertainment industry, and attended the American Academy of Dramatic Arts. In 2005, Ahmed cofounded and performed in the Axis of Evil Comedy Tour which aired on Comedy Central as the first ever Middle Eastern stand up comedy special. Ahmed is a true believer that laughter heals, and that comedy can bridge the gap between communities across the world.

Leah Lamarr: Born in Queens, Leah Lamarr is a SAG-AFTRA actress, stand-up comedian, writer, director, and producer based in Los Angeles. When it comes to stand-up, Leah performs regularly with a slew of household names. Get ready to see her comedy chops.

Melinda Hill: Melinda Hill uses laughter as medicine in this comedy special about moving from trauma bonding to trauma mending. Imparting insights and crushing confessions punctuated by punchlines in a soul-baring storytelling style, she reflects on the transformation, transcendence, and triumph of the human spirit. Its own genre where healing meets comedy; it’s heal-arious.

Tacarra Williams: Tacarra Williams AKA “The Beautiful Beast,” is a school teacher, plus-sized model, motivational speaker, and fearless writer. From the moment she picks up the microphone until the time she walks off stage, audiences can feel the laughter.

Paul Elia: Paul Elia is an LA-based standup comedian, and content creator from Detroit, Michigan. Among the few Chaldeans/Assyrians in Hollywood, the Iraqi-American artist has appeared in dozens of television shows including Ramy, Lady Dynamite, and is perhaps best known for his recurring appearances on TBS’s Conan, appearing in over a dozen sketches.

Prince Abdi: Prince is an internationally renowned British-Somali Muslim who lives in London. He’s built a solid reputation as one of the circuits defining voices. With a knack for connecting with his audiences, his refreshing, upbeat, and infectious storytelling satisfies anyone looking for feel-good comedy.

Ardie Fuqua: Stand-up comedian and actor Ardie Fuqua is regarded as a veteran of the NYC stand-up scene. In the world of comedy, his talents as an actor only boost his ability to entertain in-person on the comedy stage; making his performances more dynamic and engaging.

Mina Liccione: Mina Liccione is a multi-award-winning performing artist and comedian hailing from New York. She has been seen on Broadway in STOMP, MTV’s The Grind, all 3 Seasons of Comedy Central’s Comedy Central Presents… TV Show as well as Season 2 of Ridiculousness. Mina filmed her debut 1 hour stand-up special entitled “Mina Liccione: Araby By Nature” in 2017 acting as the first female comedian to do so in the Middle East.

Simeon Goodson: Simeon “Sim” Goodson is a New Yorker born and raised in Brooklyn and based in the UAE. Constantly battling within are opposing forces, on one hand urging him to be an upstanding citizen and on the other an intimate desire to punch you in the face. His clever writing and unconventional delivery allow him to do both.

Nina Kharoufeh: Nina is a radio producer, comedian, journalist, and all-around unstoppable force determined to break stereotypes surrounding Muslim women and see her name in the headlines for the big moves that she is making. She is the author of the book “I’m a Princess Too,” which is about a young Muslim who wears a hijab and is just trying to live a normal life.

Reem Edan: Reem Edan is an Iraqi-American comedian, writer, actress, and digital content creator known for her unique brand of “Muslim-ennial” humour. She has performed at venues and colleges across the US, Europe, Japan, and the Middle East, and opened for comics including Iliza Schlesinger and Arsenio Hall.

Laurie Douglas: Laurie Douglas hails from the great state of Texas and has been acting her whole life. She moved to LA after college where she started to dabble in stand-up and improv comedy. Now, she’s performed stand-up in multiple cities and shared the stage with the best in the business.

Stay tuned to www.dubaicomedyfest.ae and check out Dubai Comedy Festival’s social media channels for additional line-up details which will be revealed soon.