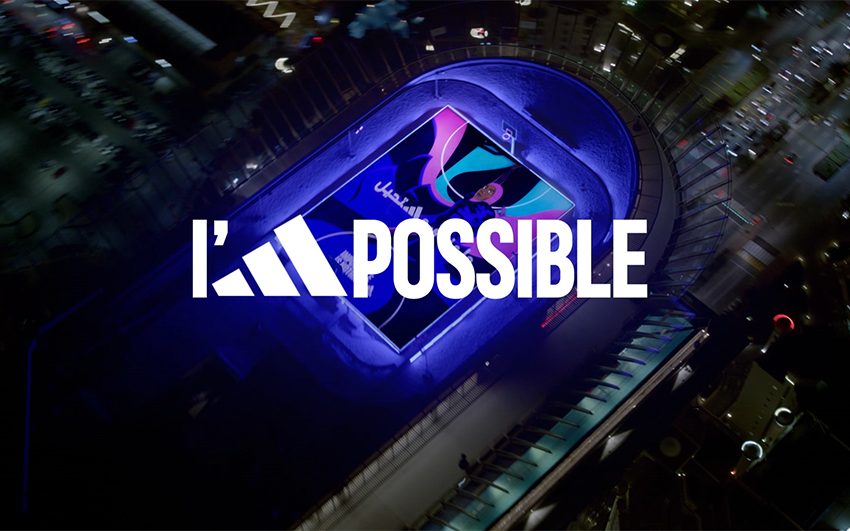 Dubai, March 30,2022– adidas has taken the sport to a new level by constructing a glow-in-the-dark basketball court on Dubai’s Next Level – The View at The Palm to launch the brand’s most recent film. The film celebrates the latest chapter of adidas’ long-standing brand attitude – Impossible Is Nothing – which at its heart spotlights and shares stories of women who have made their impossible possible, in a bid to inspire others to do the same.

The “Impossible is Nothing” court features vibrant artwork from illustrator Kgabo Mametja. The illustration brings to life the iconic shot from Asma’s ‘I’m Possible’ film series, which shows her hanging from an illuminated basketball hoop in her tulle gown, layered over a white adidas sports top while wearing her hijab. The artwork is completely illuminated via LED lighting and luminous paint.

In the video, Asma states,

“When we wanted to end the ban on playing with hijab, they said impossible. But like this city, every time I’m told impossible, all I hear is I’m possible”.

Dubai is a city that has defined boundaries and is constantly challenging possibilities. Asma embodies these values; she saw the opportunity to reach astonishing heights in sports herself by removing gender barriers and breaking stereotypes to implement inclusivity in sports. She changed the game for women in the sport when, in 2014, she successfully overturned the International Basketball Federation’s (FIBA) ban on religious headgear in professional basketball.

Growing up she recalls not having a relatable role model in popular culture, this motivated her to change the narrative of women in sport and aim to “be the change she wished to see in the world”.

Through this film, adidas humanises its Impossible Is Nothing brand attitude, underlining how sport allows us to achieve our ambitions. In a city that has embodied possibilities, Asma represents a generation of athletes committed to carving new paths and creating a better tomorrow for themselves and generations to follow.

adidas continues to support all athletes who are driving towards gender equality and are breaking down barriers both in and outside the sporting world.

Keep up to date with the latest adidas news across the city by following @adidasDXB.