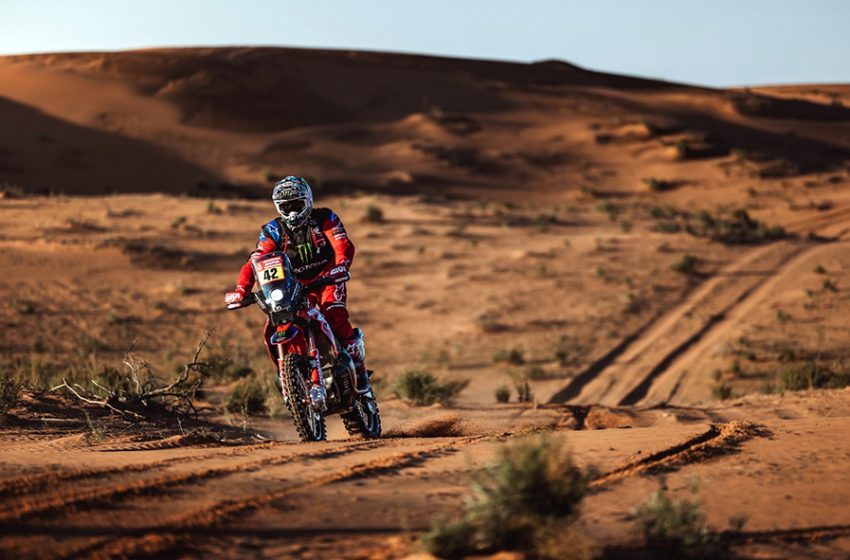 This was certainly a good day for the Monster Energy Honda Team: Adrien Van Beveran was the winner of the fifth stage of the Dakar Rally 2023! But that was not all, since José Ignacio Cornejo – the Chilean known by all as Nacho – was also second in this special section. Pablo Quintanilla was 10th, but his time can be revised due to his assistance to Joan Barreda after the crash of the Spaniard.

In the overall standings, the competition is still very close between the main contenders. Adrien Van Beveren – who has 4th as his personal best in the Dakar Rally – is in fifth position just four minutes and 22 seconds from the current leader. Pablo Quintanilla is in 7th position, with 9 minutes and 55 seconds to the leader. Finally, José Ignacio Cornejo is now ranked in 9th place and has 17 minutes and 32 seconds of delay.

The sixth stage from this year’s Dakar took off from the Ha’il region in the direction of Riyadh – meaning a last minute change by ASO due to the weather conditions. This special stage will have 367 kilometres (less 100 than initially foreseen) and a liaison of 300 km. The route will continue to travel from coast to coast with the longest stage of this Dakar, which also contains the longest special stage. Speedometers will easily hit triple digits on the fast ample tracks that take the first half of the course through extensive plateaus. A sequence of dunes will bring some variety and ramp up the suspense in the final third of the stage. By the end of this day, riders and machines will have already completed nearly 2500 kilometres of specials.